Every summer in the last week of May, all manner of ballroom dancers flock to the seaside town of Blackpool, England, to partake in the world’s most prestigious dancesport competition.  The eight-day Blackpool Dance Festival is the world’s first and most famous annual ballroom dance competition of international significance, and is held in the Winter Gardens Theatre in Blackpool, England.

It is in Blackpool, where over a thousand dancers show up, that couples find their endurance and stamina truly put to the test. With over 300 couples in some categories, the most successful competitors spend an entire day on the floor, dancing from the early hours of the morning until after midnight, fighting for the best possible result. This result is highly significant to an international competitor: with fewer and fewer British dancers, and a lineup of only British judges, very few couples have a home turf advantage.

The atmosphere is phenomenal. Many of the world’s most prestigious judges and previous champions watch from the first row, including Toronto’s Ann Harding, and spectators pack into every possible seating and standing area in the multiple levels of the magnificent building.  Says Alex Chalkevich of Toronto, competing at Blackpool is a “great feeling .. a feeling you will never get anywhere else.”

Highlights this year were the Team Match in which the best professional couples of four top countries are invited. This year it was England, Italy, Russia, and USA, with England including dancesport celebrities Donny Burns,  and Marcus and Karen Hilton.  Also for the first time since the festival began in 1920, the small country of Hungary took the Amateur Latin championship. Exuberant celebrations of this victory by Maurizio Vescovo and Melinda Torokgyorgy followed in a nearby restaurant until dawn, with the result proudly announced shortly thereafter on Hungarian nation-wide commercial radio.

In Amateur standard, Richard Tonizzo and Claire Hansen placed an impressive 37th place out of 224 couples. Canada’s top amateur couple Anton Lebedev & Anna Borshch did not attend the competition but Brian Lundell and Kyla Ramsay were present and made a good showing.

In Amateur Rising Star Latin, Sharone Levit, with his new partner, Julia Zavadska, placed 88 out of 362 couples, an amazing result for a new partnership.

In Under 21 Latin, Kamil Studenny and Kateryna Trubina reached an excellent result of 35th place from 198 couples.  Not far behind them were Anton Belyayev and Karolina Paliwoda in 73rd place. Anton and Karolina also competed in Under 21 Standard with an impressive result of 27 out of 144 couples.

Alexandre and Larissa teach in North York region and can be reached at 416-953-5607. The Paramonovs teach at Viva Dance Studio in Thornhill. Kamil, Katya, Anton, and Karonlina teach in North Toronto at HH Studio, owned by Henry and Helen, and train at Olsi Dance Studio, run by Oleg Yedlin near Dufferin and Finch. Alla Profitalov teaches at Pollock Dance studio, near Yonge and Davisville. 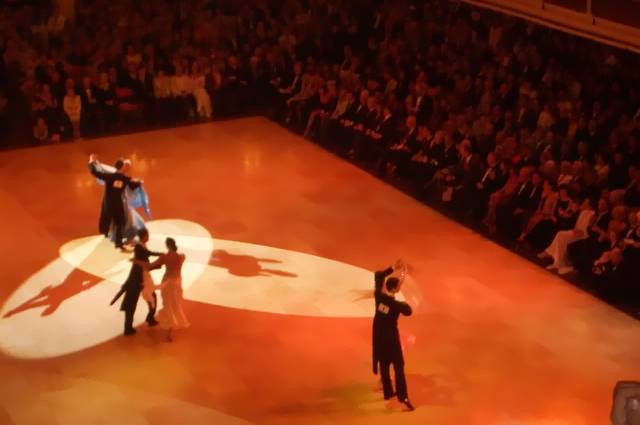