The Leslieville Woodbine Jazz Festival was great fun this past summer with several group including the Toronto All-Star Big Band putting on great performances. But the festival attracted quite a number of troubador performers that drifted along Queen Street – stopping to perform in parking lots and parkettes along the way.

One group that caught my eye was a colorful Afro-Brazilian Band:

What made this group so enchanting was not just the band’s big sound but also the troupe’s three samba dancers that grooved to the Afro-Brazilian rhythms. The drummers swayed and danced to their beat as seen in this clip:

This same infectious style would be reflected a few weeks later on a greater stage – the Rio 2016 Olympics.
See brilliant Brazilain Dance here – the performances are  enchanting. 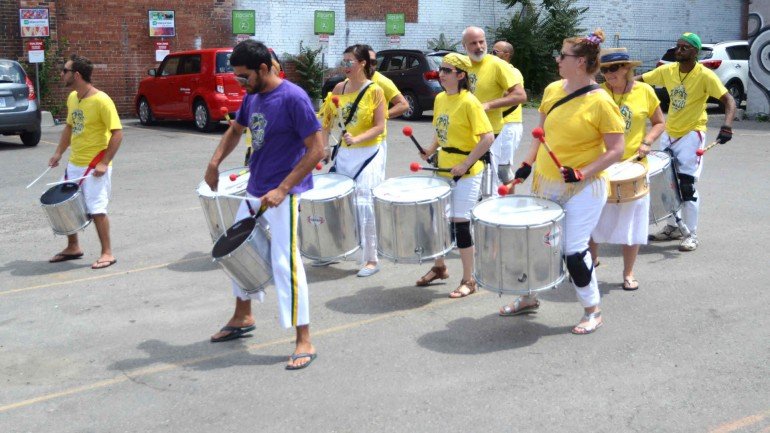 Jacques Surveyer
Jacques is known as the "Johnny Appleseed" of photo images for the Queen City and loves to take photos of dancers around the city. While not watching "Dancing with the Stars" on TV, he also organizes the West End Toronto Wordpress Meetup Group, plays tennis and badminton, and likes to cook. You will find him at the front desk of the Centre for Social innovation every Tuesday.