The Battle of the Blades recently glided into top television ratings as CBC paired up former Olympic figure skaters with former NHL hockey players and pitted them against each other in a competition to raise money for charity. The participants’ highly competitive natures resulted in some incredible skating at Toronto’s Maple Leaf Gardens and spectators scrambled for coveted tickets that were selling on the street for over $100. (CBC had originally priced the tickets at $5 to ensure anyone could afford them).

Skating last night in the finals were:

Which of these three couples will win the $100,000 cheque for their charity? Find out during part two of the big finale that will air on CBC on Monday November 16 at 8pm. On this show co-host Kurt Browning will also perform, and all eight pairs from the competition will hit the ice to perform a group number.

Battle of the Blades Sunday Finale Recap by Toronto Sun 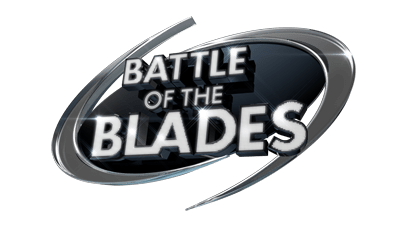 Dance in the City Documentary on CBC September 27, 2012