Don't Miss >>
What Birds Tell us About Dance

Have you ever wondered if dance is a purely human activity? Well the video below shows that it’s not! It turns out in that the animal kingdom those that have complex vocal imitation ability can dance, and those that don’t, can’t.

According to this article on Dance Evolution by the American Psychological Association, the reason that cockatoos and humans can dance, while monkeys and dogs can’t, is that we are vocal learners. That is, we hear sounds and mimic them — a skill that requires close connections between our auditory and motor circuits.

“Dance requires a brain that’s been wired up to reproduce complex sounds,” says Aniruddh Patel, a researcher at the Neurosciences Institute in San Diego. “It’s a very rare ability in nature — dolphins do it, seals do it and songbirds do it, but the vast majority of species don’t do it, including most primates.”

Thank goodness since we communicate with language, our bodies have the proper wiring to allow us to interpret music with our muscles.

So don’t let Frostie show you up, Toronto, Dance! 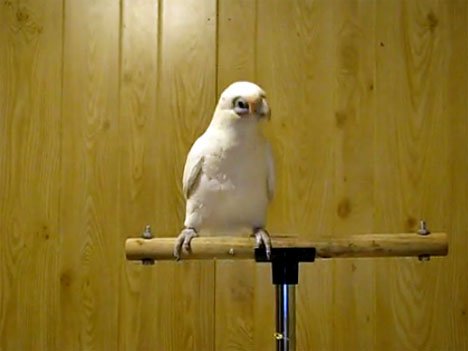