Show One Productions, the leading presenter of high-profile international stars of opera, theatre, dance and classical music, is very proud to present the Canadian premiere of BRODSKY / BARYSHNIKOV for a strictly limited run at the intimate Winter Garden Theatre, January 24-28, 2018.

Making its anticipated Canadian premiere, BRODSKY /BARYSHNIKOV is a one-man theatrical performance that gives voice and verse to the poetry of Nobel laureate Joseph Brodsky, performed by Mikhail Baryshnikov. Conceived and directed by Alvis Hermanis, noted Latvian director of The New Riga Theatre, BRODSKY /BARYSHNIKOV is a synthesis of word and action, an emotional journey deep into the poet’s visceral and complex compositions. Performed in Russian (with English subtitles), Brodsky‘s mother tongue, Baryshnikov recites a selection of his long-time friend’s poignant and eloquent works. His subtle physicality transports the audience into Hermanis’ reverent imagining of Brodsky‘s interior world.

An intimate conversation, both meditative and contemplative, between two exiled artists that transcends mortality; the imagery of BRODSKY / BARYSHNIKOV is darkly radiant. While neither a dance piece nor a straight narrative, alone onstage Baryshnikov gives life to Brodsky‘s verse and invites the viewer into the physical world that his poems elicit.

Luminato is a co-presenter and the show is at The Winter Garden. 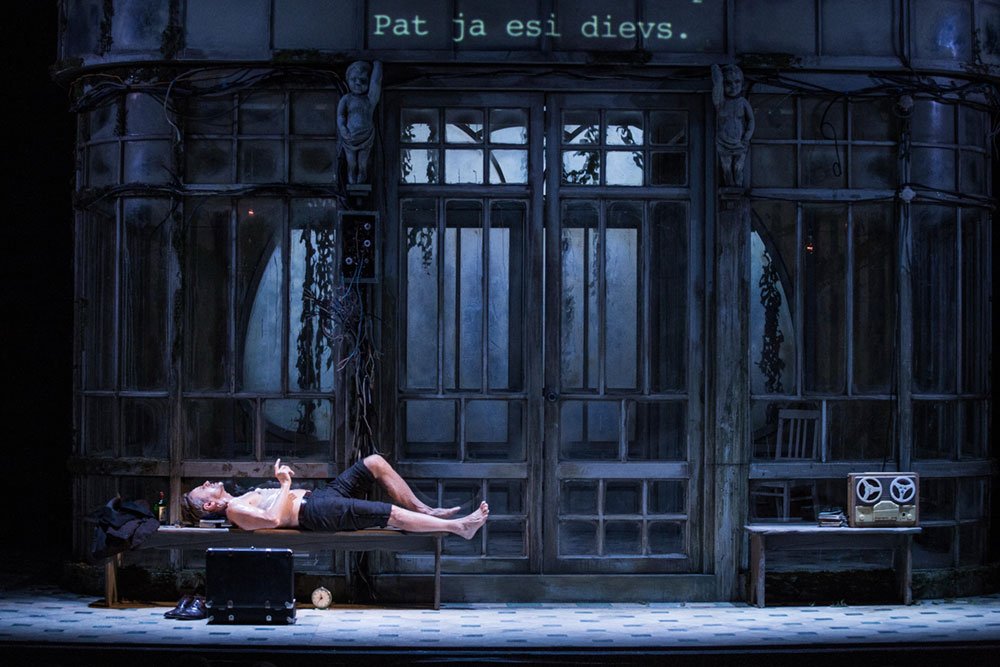