Viva Dance instructors Anna Borshch and Anton Lebedev are working hard to prepare for the 2009 Blackpool Dance Festival that will take place May 21 to 29, 2009 in Blackpool, England.

The most prestigious ballroom dance competition in the world, the Festival began in 1920 in the Empress Ballroom at the Winter Gardens in Blackpool. In 2008 there were 68 countries represented and a total number of 1,863 couples, 3 Ballroom Formation Teams, 8 Latin Formation Teams and 7 Exhibition Couples entered in the various events. Anton and Anna will be representing Canada in the Professional Standard division.

Anna is a Psychology student at York University. A strike had delayed exams and it turned out that Anna’s exams fell smack-dab in the middle of the Blackpool competition! So Anna went to the York University Administrators to request that her exams be rescheduled. Luckily for her, her documentation was accepted, and Anna takes one exam on the morning that she goes to the airport on May 14, and the remainder immediately after she returns on May 30th.

Years of juggling school, dancing, and life have made Anna adept at handling an intense schedule. Many dancers stop dancing when they start going to University, or even high school, because they feel they won’t have time for both school and dance, but Anna is a living testament that this need not be the case.

To accomplish all her goals, Anna carefully plans out her daily schedule, and studies between practices. Though she has to “make sacrifices and not go out with friends,” she is an “A” student at University while holding, with Anton, the title of Canadian Professional Standard Champion.

In order to be such top dancers, Anna and Anton train together every day. How do they handle the pressure of such constant contact?

They say that some pointers from one of their dance teachers, Ruud Vermay from the Netherlands, helped them a lot. Before taking a lesson from him they often struggled with conflict and misunderstandings would boil over into heated arguments. Ruud Vermay “helped us be better communicators,” says Anna, “and not take each other for granted.”

Now they make sure not to blame each other when something goes wrong, but adjust themselves instead. If, after many tries, they still experience a problem, then they communicate their feelings in such a way that the other doesn’t become defensive. This has helped them in their relationship as well (Anna and Anton are a couple in real-life as well as on the dance floor!).

What do Anna an Anton do Besides Dancing?

Anna loves listening to CBC Radio One and her dream is to be interviewed by Jian Ghomeshi, a broadcaster for the radio show.

Anton is a hockey fan. He loves to watch it on TV, but does leave the hockey playing to the experts. Anton’s second passion outside dancing is History. “If I wasn’t a dancer, I would be a historian or History teacher.”

Last year Anton and Anna were thrilled to make the quarter-finals in the Quickstep. This year they aim to do even better.

We wish them the best of luck! 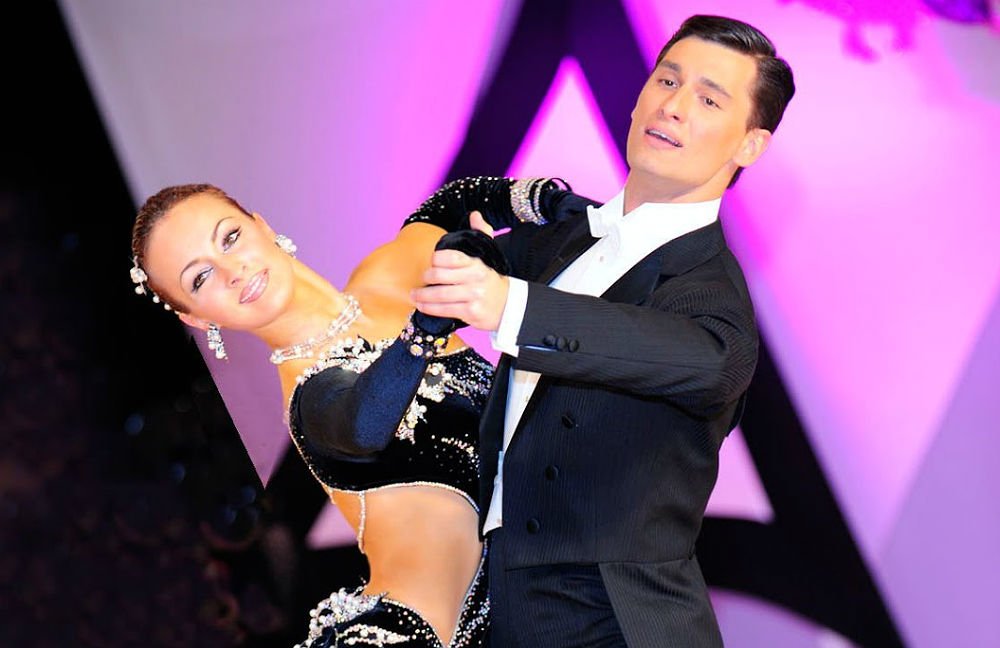 From Pain to Pleasure: How I Healed my Back and Feet