Don't Miss >>
Toronto, Dance on the TTC! City on the Move

Are you a dancer looking to showcase your talent to the public?

The City of Toronto has begun a new program that will regularly feature dancers (contemporary, street dance, breakdancers, etc) performing in the TTC like  musicians now do. The city provides dancers with an honorarium and dancers can ask the public for donations too.  Read more:

City on the Move: A Festival of Young Artists in Transit

Through its new program “City on the Move: A Festival of Young Artists in Transit,” the City of Toronto aims to connect underground cultures with the Toronto Transit Commission (TTC) by creating a new artistic and audience platform for urban dance and music, visual art and performance art. From September 2009 through summer 2010, this program will regularly feature emerging and more seasoned young artists performing at subway stations and on subway cars, buses and streetcars.

Part of Toronto’s 175th anniversary celebrations, this Toronto Cultural Services initiative offers artists ages 18 to 32 an expanded public audience and the opportunity to make money through their art by providing an honorarium and the ability to receive donations from the public like regular TTC performers.  This will also be the first time that dancers and visual artists will be regularly showcased on the TTC.

City on the Move Performance Schedule

On September 26, 2009 Lady Noyz is performing with a group in multiple stations and on September 28, 2009  Random Acts of Dance will be performing at Downsview Station from 1 pm to 1:30 pm.

Other acts that have already performed include Moon Runners, Kwasi McKnight’s Project Origin, Rated X, the Supernaturalz and Tova Kardonne.

Participate in the City on the Move Transit Festival

Toronto Cultural Services continues to invite new submissions from emerging artists for its City on the Move: A Festival of Young Artists in Transit program. For more information about submission guidelines, performer schedules and biographies, visit www.toronto.ca/culture/arts-services/cityonthemove/.

The public can also view and share in this ongoing project experience by visiting the City on the Move Flickr group. 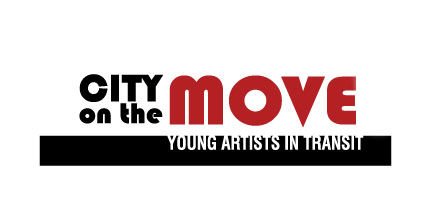 A Dress you Can Dance in for that Next Party