International Dance Day was initiated in 1982 by the International Dance Committee of the UNESCO International Theatre Institute and  and falls on April 29 of every year, commemorating the birthday of Jean-Georges Noverre, a distinguished choreographer that brought about significant reforms in ballet production.

Since 2005, the Canadian Dance Assembly has issued a Canadian message in conjunction with the UNESCO message. This year, CDA invited Roger Sinha of Sinha Danse to share his inspirational message to all Canadians.

Dance is what sets us apart and what brings us together. Individually, our unique voice is the authenticity that our bodies can express. Nobody in this entire world, the billions of people, walks the way you walk. Walking is just one expression of movement; there is also falling, jumping, skipping, running, shaking, turning and turning and turning until you spin. I spin my way; you spin yours. It’s who I am and it’s who you are. My individuality, the seeking of my own uniqueness, moulds the themes of my work: Indian, Armenian, Canadian, Québecois, male.

So mould yourself; spin your own tale. Then come together. Dance is the great unifier and so we need it now, as our world seems to be embracing that which sets us apart.

The other is another and he is not my brother.

NO, I say! dance together brothers and sisters.

How You Can Get Involved

Roger Sinha was born in England to an Armenian mother and an Indian father, and later moved at the age of eight to Saskatoon, Saskatchewan. After graduating from Toronto Dance Theatre, he settled in Montreal and quickly became involved in several collaborations within the blossoming local artistic community. He danced in the renowned work, Joe, by choreographer Jean-Pierre Perreault, where he forged relationships with many dancers and choreographers including Hélène Blackburn, Sylvain Émard, Pierre Paul Savoie and Daniel Soulières. In 1991, he formed his company Sinha Danse and began developing his distinct choreographic language based on an intermingling of his Indian background and Canadian culture. His creations unite Bharata Natyam, a dance originating in Southern India, martial arts and contemporary dance. This unique fusion of influences has given birth to hybrid choreographies that are unquestionably distinctive.

In 2016, he won the Cultural Diversity Prize in Dance, given with a $ 10,000 bursary, presented by the Conseil des arts de Montréal and the Prix de la danse de Montréal. Roger Sinha’s works often reflect issues of diversity, and the CAM’s jury recognized his exceptional contribution to the development of the discipline, the originality of his approach, and his steadfast commitment to fellow artists and citizens.

Watch a short Retrospective from Sinha Danse – a look back at the past 25 years of contemporary dance and creation. 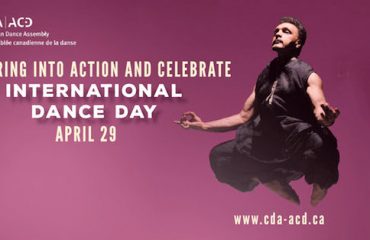