The US airline Virgin America is taking its pre-flight safety education to new heights with the first-ever domestic safety video set entirely to music and performed in dance.  The video will take to the skies on flights nationwide in November.

The new video was directed by Hollywood blockbuster film director (and Virgin America frequent flyer) Jon M. Chu (G.I. Joe: Retaliation, Step Up 2) and includes some of the top dancers, singers and choreographers from American Idol and So You Think You Can Dance – with production by Virgin Group’s entertainment arm, Virgin Produced.

Members of the public will have the opportunity to be cast in a future version of the video by submitting their own freestyle “#VXsafetydance” moves via Instagram video.  Top-voted videos will be reviewed by director Jon M. Chu and choreographer judges, with the winner scoring a spot in a version of Virgin America’s official safety video on flights in 2014. 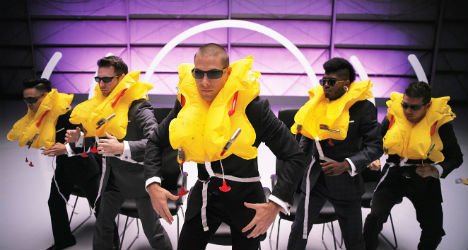