Text in this film is open captioned
DESCRIPTION:
In 2017, Thierry Thieû Niang, an important french choreographer, toured in eastern Canada with Cinédanse to offer intergenerational workshops to non-dancers. According to movement is a cinematic journey where the thoughtful gesture merges into this great human choreography. Subdivided into 10 chapters, the feature film is a poetic and playful reflection on the beauty of the everyday gestures that define us as living beings. It also presents a portrait of Thierry Thieû Niang through is choreographies.

DIRECTOR BIOGRAPHY:
Multidisciplinary artist, Béatriz Mediavilla was born in 1972, in Rouyn-Noranda, where she still lives today. Holder of a bachelor’s degree and a master’s degree in film studies, she teaches cinema at the Abitibi-Témiscamingue College. In parallel to her teaching, Ms Mediavilla has accomplished other works, including the multidisciplinary collective work Ce qu’il en reste : dialogue artistique sur la mort (2009). She published Des Espagnols à Palmarolle found in Nouvelles Explorations (2010) and Contes, légendes et récits de l’Abitibi-Témiscamingue (2011), and she also published Entre les heures in Rouyn-Noranda Littéraire (2013). Danse avec elles, her first full-length documentary, was given great praise, and was presented in many festivals such as Montréal, Quebec City, Toronto and Vancouver, but also in Havana and New York City. Her second feature film traveled in numerous festivals around the world. It won an award of mention at the Monthly London Film Festival, an Impact Doc Award, the Best dance documentary film at the Fine Art Film Festival in California and the best Canadien Feature Film at the Festival International du Film sur l’Art of Montreal.

COUNTRY OF FILMING AND ORIGIN: Canada

TIMING OF SCREENING:
All film screenings have a start time. Once this start time occurs you will have 24 hours to open your screening. We have done this to increase access for those working shift work or from different time zones.

Once you start watching, you have 7 days to finish watching the program. We have done this to increase access to those who need to take a break from watching.

All screenings are a one-time view.

If it helps to remember it say: “ONE day to open and ONE week to watch for a ONE time view”

This event has finished. According to Movement (A story in 10 chapters) documentary party of Contact Dance International Film Festival starts on

This is an ONLINE event.

It is most likely being run with Zoom. Here are instructions for using Zoom.


According to Movement (A story in 10 chapters) documentary party of Contact Dance International Film Festival will feature these dance genres: Click on the link(s) above to find other events of that dance style.
Want more information about this event? Get in touch with the organiser.
Contact REAson d'etre dance productions 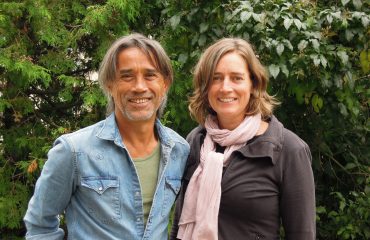