Fusing contemporary Irish Dance with magic and grand illusions, Celtic Illusion features a cast of champion and internationally acclaimed dancers, including performers from both Riverdance and Lord of the Dance. Displaying some of the fastest taps in the world, the dancers’ thunderous rhythm fills the stage in perfect unison.

Celtic Illusion is led by Australia’s Anthony Street, the first Australian to perform leading roles in Michael Flatley’s widely-acclaimed Lord of the Dance, including the very role that Michael Flatley originally performed himself. Since its premiere in 2011, Celtic Illusion has played to sold-out audiences all across Australia and recently completely sold out a tour in Canada.

This event has finished. Celtic Illusion starts on


Celtic Illusion will feature these dance genres: Click on the link(s) above to find other events of that dance style.
Want more information about this event? Get in touch with the organiser.
Contact Celtic Illusion 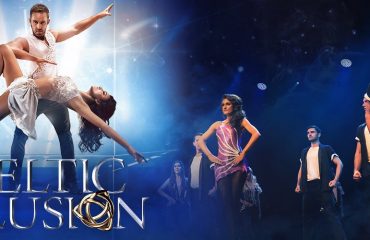