DanceWorks, Toronto’s longest running contemporary dance series, presents the Toronto premiere of Vital Few, a new work from Vancouver’s acclaimed Company 605 that pushes the highly dynamic company into new physical territory. This collaborative undertaking for six dancers, utilizing mechanisms of constant co-dependence and interrelation between the dancers, is on a national tour, stopping in Toronto for one night only – Saturday, May 7 at 8pm – at Harbourfront Centre’s Fleck Dance Theatre as part of NextSteps.

Vital Few highlights autonomy and responsibility within a collective consciousness. Based on individual dancers’ choice-making within a group dynamic, the six dancers – Laura Avery, Hayden Fong, Josh Martin, Renee Sigouin, Jessica Wilkie, and Sophia Wolfe – share in the creative process, forming a moving sculpture of the group body, the whole greater than the sum of its parts. Directed by Co-Artistic Directors Lisa Gelley and Josh Martin, Vital Few incarnates the struggle of coexistence within set parameters and finite space in this hyper-connected dance.

Vital Few had its world premiere at the Vancouver International Dance Festival in March, then toured throughout British Columbia, followed by three dates in Quebec including Montreal and Quebec City. It heads to Edmonton (May 26-27) and then Ottawa for the Canada Dance Festival (June 9) after its DanceWorks Toronto appearance on May 7.

“Wow. Just… Wow…. riveting—physically, sonically, and visually. By now, local dance audiences know Company 605 for its visceral embrace of hybrid forms, as displayed in productions that have encompassed ballet, contact improv, hip-hop, and jazz dance styles along with elements of gymnastics and martial arts. Speed and precision have been the troupe’s hallmarks, and those are still present in Vital Few, which often seems uncanny in the way its six dancers move with the unforced synchronization of flocking birds…. 65 minutes of excellence.”

This event has finished. DanceWorks presents Vancouver’s acclaimed Company 605 with the Toronto premiere of Vital Few starts on

DanceWorks presents Vancouver’s acclaimed Company 605 with the Toronto premiere of Vital Few will feature these dance genres: Click on the link(s) above to find other events of that dance style.
Want more information about this event? Get in touch with the organiser. 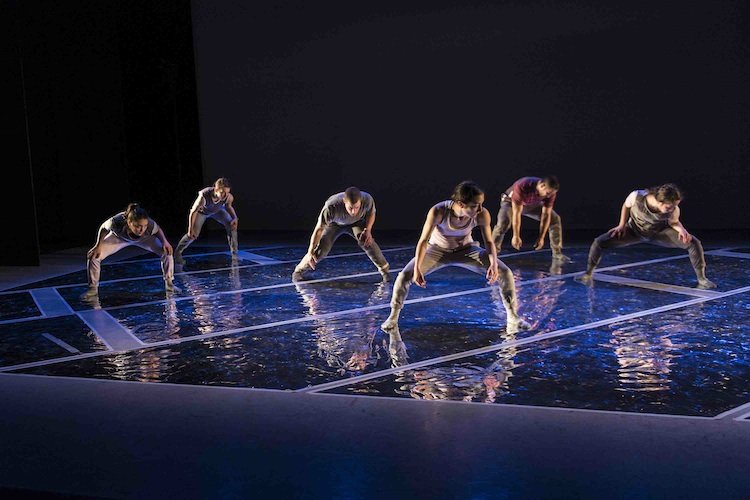