Described by Dreamwalker Dance Artistic Director Andrea Nann as a ‘moving concept album,’ Dual Light highlights the moments and stories in the cycle of life about the space between things, when we are betwixt and between. Reflecting the duality of the universal and the personal, this inter-disciplinary performance runs October 19-21 at Harbourfront Centre Theatre as part of NextSteps dance series.

Drawing on her own and her fellow dancers’ personal experiences, Nann invites us into the space between things, between spaces both familiar and unknown. In those moments, right before change happens, anything is possible. It’s here, in the betwixt and between that the performers explore new ways of supporting each other, moving through their own vulnerability to tune in to each other.

Dual Light is a poignant reflection on grace and our willingness to keep trying to meet and connect. It is a ‘moving concept album’ so to speak, within shifting environments of light, sound, story, text and memory. Dual Light embodies conversations between sound and light, between movement and stillness, between polarities as every moment contains its duality.

Originally from Vancouver, Andrea Nann is now a Toronto-based contemporary dance artist, founding artistic director of Dreamwalker Dance Company (2005) and creator of The Whole Shebang and The Ontario Shebang. Andrea Nann creates works for the stage, film and various outdoor sites. She was resident artist of Soulpepper Theatre Company (2012-2014), Young Centre for the Performing Arts (2008-2012), and Canadian Contemporary Dance Theatre (2008-2009); and visiting artist at FirstOntario Performing Arts Centre (St Catharines 2015-2016), River Run Centre (Guelph 2013-2015), Burlington Performing Arts Centre (2014-2016), City of Kingston/Grand Theatre (2013-2015), Brock Centre for the Arts (St. Catharines 2013-2015), Pia Bouman’s School for Creative Ballet & Movement (2013), Scotiabank Dance Centre (Vancouver 2013), Shadbolt Centre for the Arts (Burnaby 2006-2007) and the Iris Garland Visiting Choreographer at Simon Fraser University (2012). Andrea was a member of Danny Grossman Dance Company for 15 years and continues to appear as a guest artist with Peggy Baker Dance Projects. In 2016, Ontario Contact recognized Andrea as Artist of the Year for her contributions to the Performing Arts touring sector in Ontario.
DanceWorks 40th Anniversary Season Launches
with Dreamwalker Dance Company and its world premiere of Dual Light
Thursday, October 19 – Saturday, October 21 at 8pm nightly
At Harbourfront Centre Theatre, 231 Queens Quay W., Toronto
Part of Harbourfront Centre NextSteps dance series
Dynamic Ticket Pricing – the earlier you purchase, the more you save:
Prior to the week of the show – $36; During the week of the show – $40; Day of Show – $42
(Discounts for seniors-$28), arts industry-20% discount, students-$15 and groups of 10+ -$23)

Call the Harbourfront Centre Box Office at 416-973-4000 OR purchase online at www.danceworks.ca

Dreamwalker Dance Company world premiere Dual Light will feature these dance genres: Click on the link(s) above to find other events of that dance style.
Want more information about this event? Get in touch with the organiser. 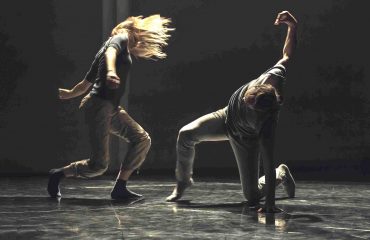