An evening of dance and music performances.
times:

+++Yesenia Fuentes is performing “körper.” A woman subjected by its environment, a spasmodic and almost agonizing struggle of a body that gradually seeks to reshape itself, a moment of contained intensity… Körper is tension and strength but it is also exposure.

Yesenia is a choreographer, interpreter, and performing artist whose practice mainly draws from the techniques and fundamentals of Butoh. Yesenia seeks to question the absurdity and hollowness of certain dynamics of the contemporary world while reflecting more broadly on existence and the human condition.

+++Alana Elmer grew up on a farm just north of Toronto. She graduated from STDT in 2002 and has been a member of Toronto Dance Theatre since 2005. Independent from the company she has worked with Paul Andre Fortier, Deborah Hay and has appeared in numerous film and television shows. Alana also works as a costume designer and is the Co-owner of the vintage booth Arsenic and Old Lace located in lovely Leslieville.

Fleshtone Aura is the solo sound-collage alias of Andrew Zukerman. Using new & antiquated technologies he weaves a sonic tapestry that’s equal parts high & low-brow, wet & dry, dumb & dumber. Fleshtone Aura rose from the ashes of Gastric Female Reflex, an equally untethered sound collage duo that lasted a long time. As a solo artist he has released perhaps too many albums and played too many shows to talk about.

This performance evening is an extension of BUTOH workshop with Montreal artist Yesenia Fuentes.
Image by Jen Bolt

This event has finished. Sonic Fabulations starts on


Sonic Fabulations will feature these dance genres: Click on the link(s) above to find other events of that dance style.
Want more information about this event? Get in touch with the organiser. 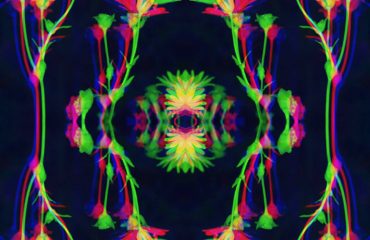