Help Lula launch the 11th annual Lulaworld festival with a full night of Latin, jazz, pop, blues and world music. Presented by Lula Music and Arts Centre with the Toronto Blues Society. Arrive before 8pm and join the party for free!

Yoser Rodriguez CD release 7:30 pm
Cuban-born Toronto bassist Yoser Rodriguez launches his debut album Pollen. The release bridges the worlds of pop, world and jazz, drawing on the talents of some of Toronto’s finest latin jazz players. With the potential to follow in the footsteps of fellow Latin Grammy-winning Alex Cuba, Rodriguez is the next generation of genre-defying Cuban singer-songwriters.

Cécile Doo-Kingué 10:30 pm
Guitarist/singer-songwriter, Cécile Doo-Kingué blends blues, afro-roots and soul to create a unique and spellbinding sound. Her most recent release, Anybody Listening Part 2: Dialogues displays her incredible strength and versatility as an artist. Born and raised in NYC, first generation from Cameroon and now Montreal based, Cécile has toured Europe and Canada extensively, shared the stage with Blind Boys of Alabama and opened for the likes of Angélique Kidjo and Youssou N’Dour. 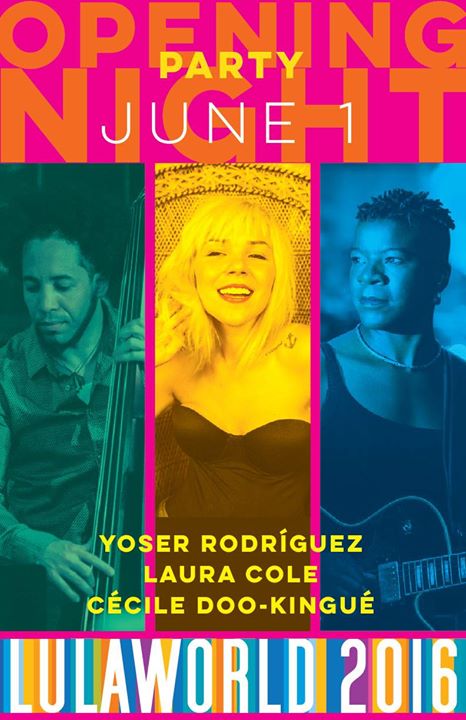