Luminato will return from June 11 to 13 with 3 days of free, virtual programming.

Streaming on Luminato’s website and social media channels, the weekend will bring artists and thinkers together with audiences for live and pre-recorded performances, conversations, panels, DJ sets and participatory programming, as well as key works from past Luminato Festivals.

The festival will feature an array of events including a cooking and singing session with international awardwinning Canadian soprano Measha Brueggergosman, a conversation about Refuge, a new album by threetime JUNO Award-nominees Sultans of String, a request radio hour with Canada’s godfather of hip hop Ron Nelson and conversation about climate change and activism with UK-based live artist Amy Sharrocks.

Science journalist and author of Sea Sick, Alanna Mitchell demonstrates the art of the interview in Field
Notes from the Future, produced by The Theatre Centre and presented by FOLDA (Festival of Live Digital
Art). Reprised highlights from past Luminato Festivals will include R. Murray Schafer’s epic theatrical
oratorio Apocalypsis with a cast of 1,000 (Luminato 2015), Blast Theory’s single-shot film My One Demand
(also from 2015), and the sleeper hit of the 2019 festival, the cabaret concert The Cave with music by John
Millard, lyrics by Tomson Highway, directed by Adam Paolozza. At 9:30 p.m. Friday, June 12 and 10 p.m.

“Audiences will experience a re-imagined Luminato this June. Our virtual offering includes selections from
Luminato’s past, a taste of what would have been in this year’s originally programmed festival, and a sneak
peek into the future: world premieres, theatre, film, singer/songwriters, local, national and Indigenous
artists, all wrapped up with intense conversations, late night DJs and VJs, burlesque, special guests and
more,” said Naomi Campbell, Luminato’s Artistic Director. “In Luminato’s new free interactive digital space audiences from all around the world can connect through art, performance and conversation.”

Luminato Festival Toronto is Toronto’s international arts festival dedicated to performance, media and
visual arts, and programming that cuts across traditional artform boundaries. Luminato works closely with
Canadian artists to support the development and creation of distinctive new works, as well as presenting
today’s most exciting artists from around the world

Below: a message from Anthony Sargent, CEO of Luminato Festival Toronto 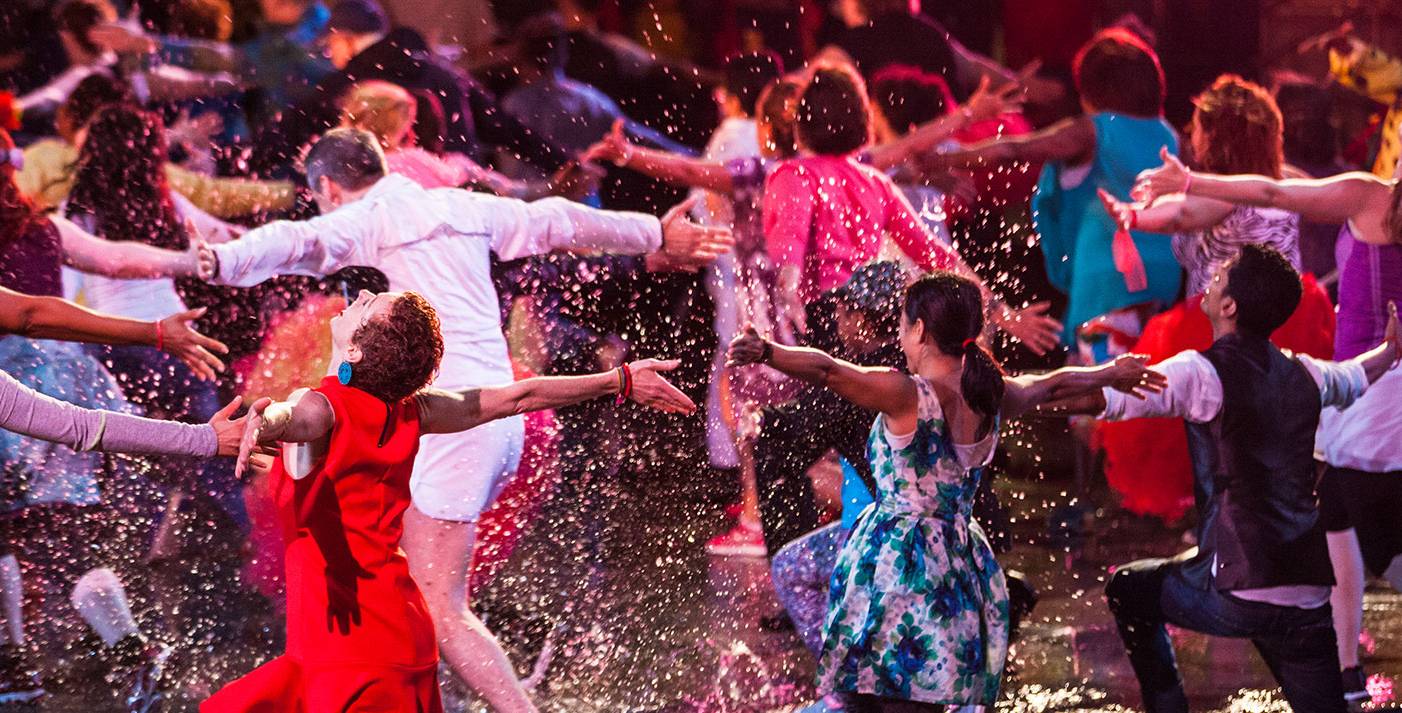 "Beyond Moving" Streaming from Hot Docs until June 5, 2020