“Mao’s Last Dancer” is the inspiring true story of  Li Cunxin, a Chinese-trained ballet dancer who was taken from his childhood village to undertake years of vigorous ballet training.  The movie tells of his extraordinary journey from a poor upbringing in rural China to international stardom as a world-class ballet dancer.

Based on the best selling autobiography, the film weaves a moving tale about the quest for freedom and the courage it takes to live your own life. It compellingly captures the struggles, sacrifices and triumphs, as well as the intoxicating effects of first love and celebrity amid the pain of exile.

A large number of dancers from both the Australian Ballet and the Sydney Dance Company participated in the dance works in the film. Cast: Bruce Greenwood, Kyle MacLachlan, Joan Chen, Chi Cao, Amanda Schull.

It is fitting that the movie is playing on Father’s Day, Li Cunxin being named 2009 “Father of the Year” in Australia,  his current country of residence.

In the video clip below Li Cunxin talks about his life and his decision to write an auto-biography and make the movie.

In the following video clip Chi Cao, who plays Li Cunxin, talks about how he became a dancer, how he “got the job” as the actor who portrays Li Cunxin, and of the differences in performing on stage and filming a movie. 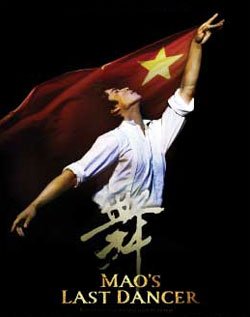 Salsa on St. Clair 2010 - One Million Salsa Lovers and Counting!