The 34th Toronto International Film Festival will be held Thursday, September 10 to Saturday, September 19, 2009. One of the Special Presentations with be the world premiere of “Mao’s Last Dancer”, a film that tells the true real-life story of Li Cunxin, a Chinese-trained ballet dancer who was taken from his childhood village to undertake years of vigorous ballet training. 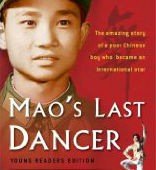 At the age of eleven, Li Cunxin was one of the privileged few selected to serve in Chairman Mao’s Cultural Revolution by studying at the Beijing Dance Academy. Having known bitter poverty in his rural China home, ballet would be his family’s best chance for a better future.

From one hardship to another, Cunxin demonstrated perseverance and an appetite for success that led him to be chosen as one of the first two people to leave Mao’s China and go to American to dance on a special cultural exchange.

But life in the U.S. was nothing like his communist indoctrination had led him to believe. Ultimately, he defected to the west in a dramatic media storm, and went on to dance with the Houston Ballet for sixteen years.

This inspiring story of passion, resilience, and a family’s love captures the harsh reality of life in Mao’s communist China and the exciting world of professional dance.

A large number of dancers from both the Australian Ballet and the Sydney Dance Company participated in the dance works in the film. Cast: Bruce Greenwood, Kyle MacLachlan, Joan Chen, Chi Cao, Amanda Schull.

Li Cunxin is now a stockbroker and motivational speaker. He lives in Australia and travels extensively around the world giving presentations. 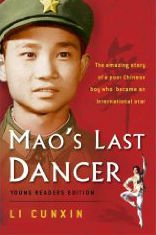