Cirque du Soleil’s Ovo is finishing up its time in Toronto, with their last performance scheduled for 5pm on Sunday November 8. Toronto will mark the last stop of the Canadian leg before the troupe continues on to the United States in San Francisco. If you were thinking of going to see this one-of-a-kind insect celebration, now’s the time!

Starting out as an accordion player, stiltwalker and fire-eater, Laliberté created his circus as a synthesis of all circus styles around the world. In 2006, Guy was named the Ernst & Young Entrepreneur of the Year and his famous circus is  the winner of the 1991 Drama Desk Award for Unique Theatrical Experience. 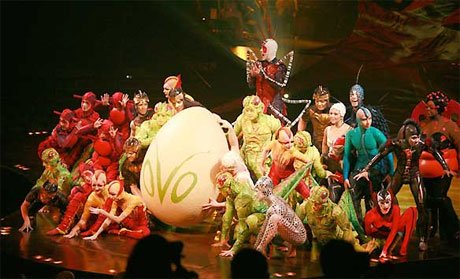