Above: Steven Lopez and his supporting partner, Jena Alma whom he met dancing in the street at the 2008 Salsa on St. Clair Festival.  Steven dances with Dance to Live Studio at Bathurst and St. Clair and hopes to impress the judges by leading Jena through some dazzling latin moves. Jena, an accomplished Hip Hop, Ballet, Jazz, Modern, and Latin dancer hopes to try out again next year when she meets the minimum age requirement.

May 18, 2009:  Toronto dancers were out in full force again this Victoria Day at
the Toronto Metro Convention Centre to compete for the title of “Canada’s Favourite Dancer” on the second season of CTV’s hit show “So You think You Can Dance Canada.”

Several dancers who had tried out last year came back for a second chance to audition including  three-time Canadian national fgure skating champion Emanuel Sandhu, one-man-show Manuel Dos Santos and one-of-a-kind Eduardo Panzo, also known as “Java.”  Says Mary Murphy of the Toronto hopefuls: “Toronto is amazing — it was last year and it still is. There are some very unique individuals and that’s hard to find in today’s day and age. ”

Mainly Hip Hop and Conteporary dancers came to show their moves in an auditorium filled to capacity by supportive dancing peers;  however all selected dancers will have to master a wide variety of dance genres, from lyrical to ballroom, to climb to the top! 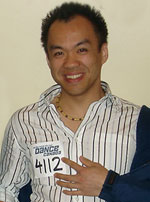 One of the few ballroom dancers who auditioned was Jason Ng (left). His former partner, Larissa Kerbel eventually became four-time Canadian Ballroom Standard Champion while Jason went on to become a Salsa performer.

Jason is glad to have learned Ballroom dancing first, as “it is harder to go from loose (ie. Salsa) to straight and upright (ie. Ballroom) than the other way around.”

The first season of SO YOU THINK YOU CAN DANCE CANADA broke ratings records with an average of 1.4 million viewers tuning in each week on CTV, quickly making it Canada’s #1 new fall program.  Last season, approximately 2,500 hopefuls busted a move for the judges during the first-ever audition tour, ultimately crowning Montreal’s Nico Archambault as Canada’s first-ever, favourite dancer.

The final round of the Season Two audition tour takes place in Montreal on Tuesday May 26. We wish everyone luck in expanding their repetoire of dance styles as they continue with the autitioning process! 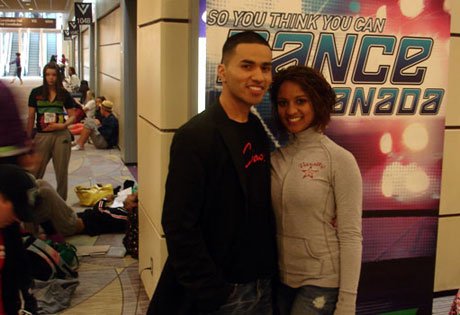