“If you can dream it, you can do it, ” says Everett Smith of Glen Morris, Ontario on the night that his partner, Tara-Jean Popowich, wins the title of “Canada’s Favorite Dancer” at the Finale of Season 2 of “So You Think You Can Dance Canada.

Tara-Jean Popowich, a Contemporary dancer from Lethbridge, Alberta, received the majority of nearly three million votes and, last night, during a two-hour live extravaganza broadcast on CTV, she claimed the title of Canada’s Favourite Dancer. She wins the grand prize of $100,000 as well as a brand new 2010 Mazda 3 Sport.

Best known for her determination, gracious demeanour, hard work and perseverance, Tara-Jean had been praised by the judges for being a true performer and an inspiration to dancers everywhere. During her time on the show, Tara-Jean demonstrated her versatility on stage tackling everything from Contemporary to House to Samba with the same dedication, skill and flare for performance. She even learned to Tap dance to showcase the speciality of her most regular partner on the show, Everett Smith.

For Everett it was a challenge to follow his dream to be a tap dancer growing up a small town with population of only 1200 people. As well as training at Sue Bottrill Dance Studio in Cambridge and Dimensions Studio in Kitchener, he would travel six hours to Clark Academy in Buffalo, USA, twice a week to train with Matthew Clark, the Academy’s director. His years of perseverance lead to Tap Dancing being the first couple dance performed on the SYTYCD Finale last night by himself and the winning Tara-Jean.

“Tara-Jean is a very supportive partner and deserves her win,” says Everett, who continues to share his passion for tap as an instructor at In Motion Studio in Kitchener.

Fellow Top 4 finalist Vincent Desjardins, a Ballroom dancer from Trois-Rivières, Quebec, was declared the runner-up and also receives the keys to his very own 2010 Mazda 3 Sport.

Tara-Jean, Everett, Vincent, and Jayme Rae, along with six other top 10 competitors will now prepare to embark on the much anticipated 18-city SO YOU THINK YOU CAN DANCE CANADA Top 10 Tour beginning November 25 in Kelowna, BC. Featuring hit performances from throughout the season, fans can see their favourite dancers live.

The Season 2 Audition Tour will be traveling to five cities across Canada stopping first in Toronto on Saturday, November 14. 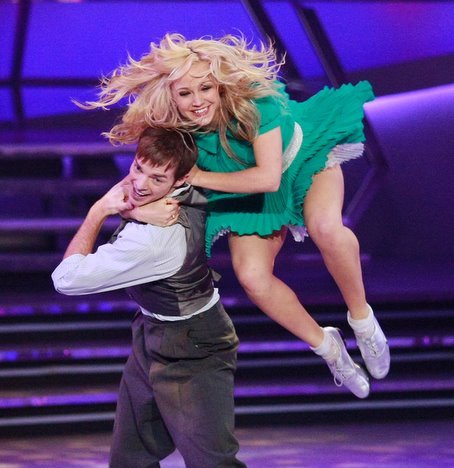 Toronto Reporters Dance with the Stars of SYTYCDC