For the first time in Canadian history, a student from a Canadian dance school has won a major award in the junior category at the Moscow International Ballet competition.

This June, 14 year old Alys Shee was honoured with Silver medal in junior category on the stage of Bolshoi Ballet, Moscow at the 11th Moscow International Ballet Competition.

Alys trains at the Academy of Ballet and Jazz, School of Canadian Ballet Theatre in Thornhill, Ontario. The school just celebrated its 20th Year anniversary.

The Moscow International Ballet Competition  first opened in 1969 and is one of the most prestigious ballet competitions in the world, having produced such luminaries as Mikhail Baryshnikov, Vladimir Malakhov, Nikolai Tsiskaridze and Karen Kain. 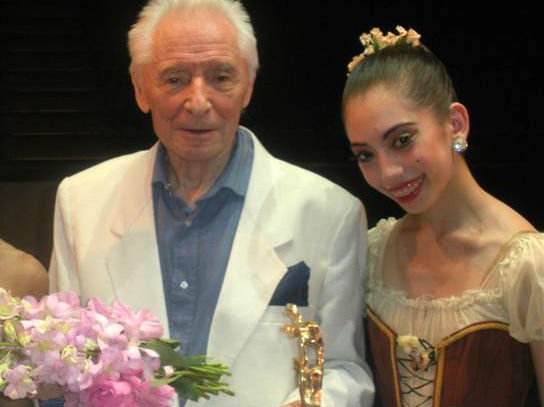