Don't Miss >>
Toronto Dancer Wins Arts Award
Every year the Toronto Arts Foundation supports ten Toronto-based newcomer artists from countries around the globe via the RBC Newcomer Arts Award.  The $2000 award, administered by the Foundation’s Neighbourhood Arts Network, and sponsored by RBC, is given to skilled artists working in any discipline.
Congratulations to Mio Sakamoto, a Toronto-based emerging dance performer and choreographer originally from Japan, who was the only dancer to win the award this year. Sakamoto graduated from The School of Toronto Dance Theatre in 2017. In 2018, she attended B12 Festival and Nuova Officinal Della Danza where she researched and trained with international artists including Francisco Córdova, Ryan Mason, Johannes Wieland, Hofesh Shechter Company, and L-E-V Dance Company. Over the past few years, she has performed (selected) Crépuscule by Marie- Josée Chartier, October Sky by Paul-André Fortier, XTOD – SOLO DANCE XCHANGE by Kaeja d’Dance, and Mani.Deux by Northfoot Movement premiering at FFDN (2019). She is currently working in a new creation by Allen Kaeja premiering in 2021. She is also a certified Kaeja Elevation teacher and has taught, assisted, and choreographed in secondary schools, The School of Toronto Dance Theatre, and Ryerson University. She is currently working for the Wendy & Peter Pan production at the Stratford Festival as Allen Kaeja’s Elevation assistant. Sakamoto’s choreographic works, Systematic, Oblivious or Naive, You Don’t Own Me, and Cater To You, were presented in Canada and Japan. Supported by the Newcomer and Refugee Artist Mentorship program of TAC, she is in progress to develop her artistry with Karen Kaeja as her mentor.
Check out her Instagram and Facebook page
Created in 2015 as part of the Neighbourhood Arts Network Newcomer Artist Spotlight program, the awards help offset barriers faced by newcomer artists, such as access to resources, community and funding to create new work. Previously named the RBC Arts Access Fund, this year, the prize amount was increased to $2000 per recipient, up from a range of $500-$1500. To date, Toronto Arts Foundation has supported 82 artists through this award.
SHARE THIS EVENT : 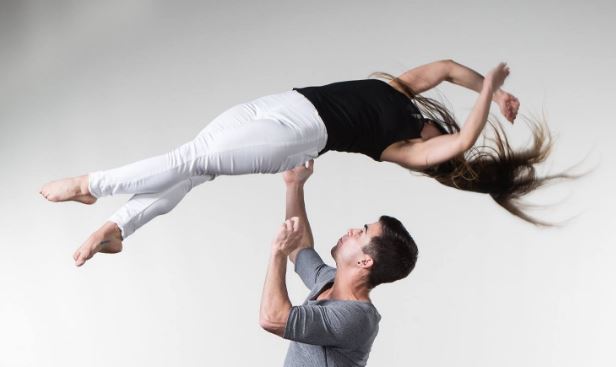