From November 2 – 12, 2017 Red Sky Performance, in partnership with Canadian Stage, will present the World Premiere of BACKBONE at Berkeley Street Theatre in Toronto.

BACKBONE is a cutting-edge new dance show inspired by the ‘spine’ of the Americas, charting the vast and rocky terrain of our human landscape. Through contemporary Indigenous dance and raw athleticism, eight dancers bring to life the electricity and impulses of our rocky mountainous backbone.

The concept and direction of BACKBONE is by Red Sky‘s Executive and Artistic Director Sandra Laronde, with collaborative choreography by Jera Wolfe and Thomas Fonua. Backbone will be performed by dancers Ageer, Eddie Elliott, Lonii Garnons-Williams, Phillipe Larouche, Julie Pham, Joshua St. John, and Jera Wolfe. Video and ighting design of Backbone is by Andy Moro and Michel Charbonneau, with Costume design by Jeff Chief.

“I wanted to show the ‘backbone’ of this continent in dance and music, a rocky spine that has life, circuitry, electricity, and impulses that are alive and dynamic— much like the human spine. For us, there is not much difference between the earth’s backbone and a human one. We are inseparable,” says artistic director Sandra Laronde.

Red Sky Performance is the Berkeley Street Downstairs Theatre Company-In-Residence for the 17/18 and 18/19 seasons at Canadian Stage.

“Red Sky Performance is a leading innovator in contemporary Indigenous performance in Canada and around the world. We are honoured to be their Toronto hub for the next two seasons as they craft and develop new work,” said Matthew Jocelyn, Canadian Stage Artistic & General Director. “Inaugurating the dance portion of our 30th anniversary season, Backbone will connect us to our inner human landscape in powerful and evocative ways.”

Red Sky Performance has also been invited to perform BACKBONE at Live Art Dance in Halifax, Nova Scotia on November 17, 2017, and will perform in Europe and Asia in January and February 2018-19.

Touring since 2003, Red Sky Performance has delivered over 2,253 performances across Canada and international performances in 12 countries on four continents, including two Cultural Olympiads (Beijing and Vancouver), and opened for Canada at World Expo in Shanghai. They are the recipient of five Dora Mavor Moore awards and nominations, two Canadian Aboriginal Music Awards, the Smithsonian Expressive Award, among other recognitions.

Canadian Stage is one of the country’s leading contemporary performance companies, sharing innovative theatre, dance and music from Canada and around the world at three historic locations: the Bluma Appel Theatre; the Berkeley Street Theatre; and the High Park Amphitheatre, home to Shakespeare in High Park. 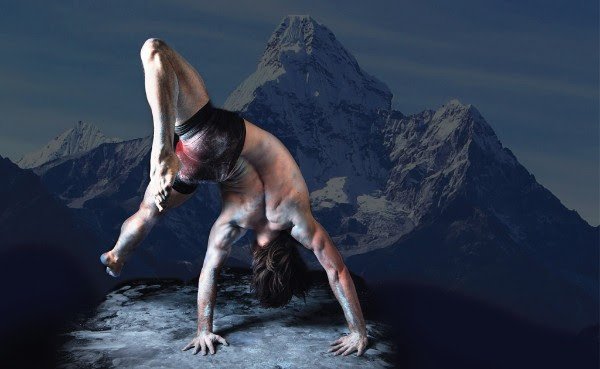 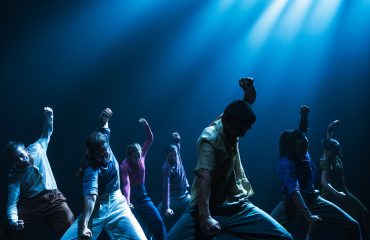