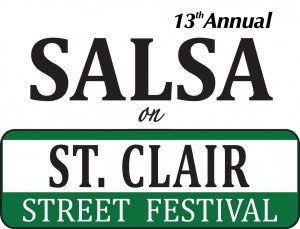 Now in it’s 13th year, the 2017 Salsa on St. Clair, Canada’s largest Latino-themed  festival, will take place on Saturday July 8 from noon to 10pm and Sunday July 9 from noon to 10pm. This two day annual festival in mid-town Toronto takes up six city blocks and has entertained millions enthusiastic participants since its launch in 2005.

Join in on this FREE family street party as midtown Toronto’s Hillcrest Village, between Winona Drive and Christie Street will be transformed into a showcase of pulsating music, passionate dancing, fiery foods, a Latin market, a children’s area and much more.

A stretch of St. Clair Avenue West (from Winona Dr. to Christie St.) is transformed into a showcase of Latin life in Canada. Enjoy the non-stop dancing in the streets and take in all the Latino beats alongside some of the best local and international entertainers. Take a stroll through the Latin pavilion, get a taste of the authentic Latin American flavours, and enjoy a fiesta of fun in the children’s zone.

Several Toronto Salsa dance companies will be stationed at different “hotspots” throughout the festival, where they will be giving dance lessons and demonstrations all day starting at noon. Find the Hotspots on the map below. 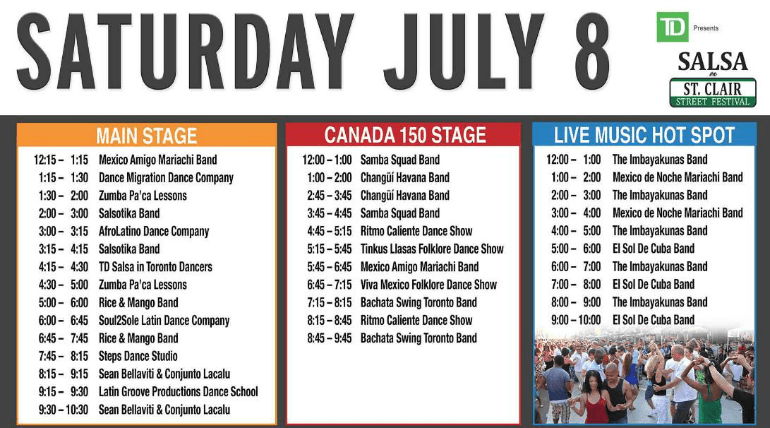 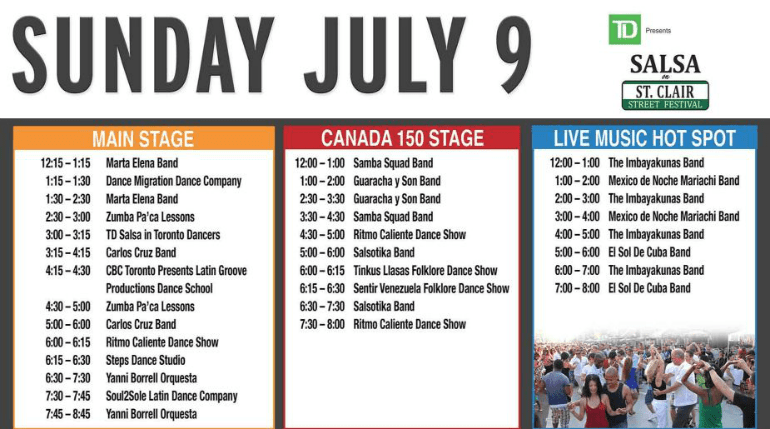 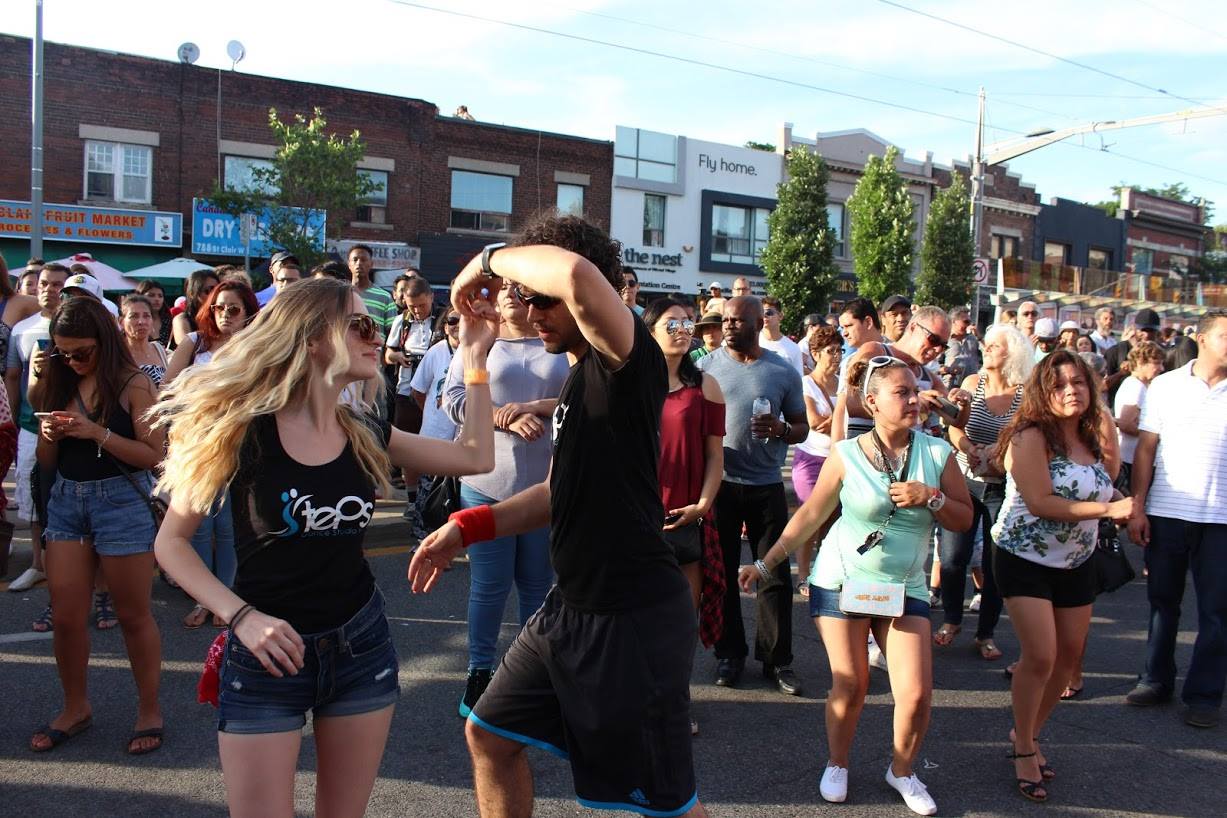 ‘Dancing With the Stars’ After Party Video